An Added Side of Flapjacks

Who doesn’t like an add on? Even though the “Grand Loop” (a couple stories before this one–I’m a little behind on this post) was a full plate of 13 thousand feet elevation gain in 43 miles, I still felt I needed another helping. I suppose I had “buffet syndrome”– shoving in as much as possible because I already paid for however much I could handle (by means of a $45 pass that included as many ONP permits as I could obtain.)  So, after saying goodbye to my gals in Port Angeles that Friday, I kept heading down the Peninsula toward Staircase Campground for my next mountain meal. (At Flapjack Lakes, hence the clever title – another three thousand feet of elevation gained in just 4 of another 15 mile hike — quite a mouth full!) Only problem was my permit was for the following night (a Saturday – the hardest to get…secured it months in advance) so I had to figure out where I’d put my tent up for the evening.

Let me remind you, this was a beautiful Friday in August. Anybody who has tried to get a walk in camp spot pretty much anywhere in Washington on a weekend in the summer knows I was REALLY rolling the dice on this one. I knew a spot at Staircase was utterly hopeless, but being there are a handful of campgrounds on the way, I took my chances. Amazingly I found one on my first try at Seal Rock–water view and everything. Don’t try this at home people…it really was nothing short of a miracle. (Someone else had it saved for a friend who never showed, and I just happened to arrive exactly when they were ready to let it go.)

Being I was camped just an hour’s drive away from the North Fork Skokomish trailhead (located in the Staircase Campground, where you access the Flapjack Lakes trail, along with many others) I arrived fairly early, but yet still found a completely full lot. If you don’t want to park on the side of the road and add another half mile to your trip, best to get there before 8 am. 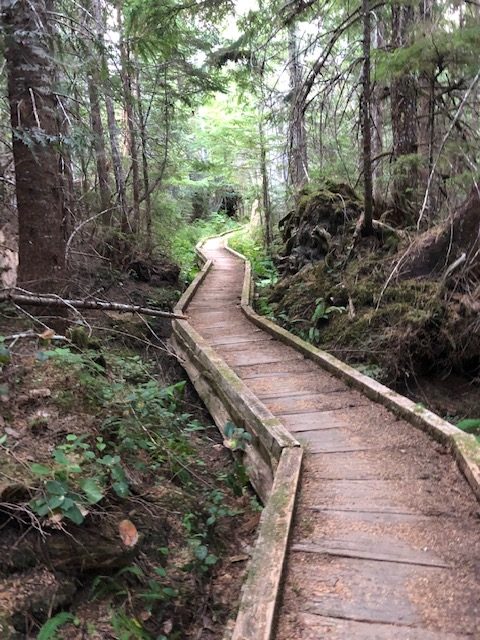 I really had to question my sanity when I hit the Flapjack Lake’s “time to climb” turn off at 3.7 miles in, and only decided my “extra portion” was worth it when the lakes came into view at the very end. But that last mile…let me tell you, it really had me doubting. This trail gave me more than my fill — of beauty and of pain — both of which I can’t seem to get enough of. Happy “full plate” trails– that hopefully don’t leave you overly stuffed! (A few “things to know” below if you are thinking of doing this trail, but no trail log since it was only one night.) 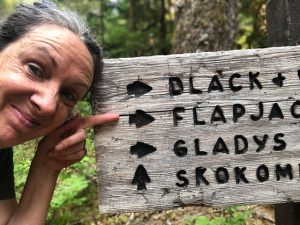